A GUIDE TO STOCKBRIDGE & DEAN VILLAGE

Stockbridge is a very desirable area of Edinburgh. Known for its coffee scene, striking architecture and affluent residents, you can’t go wrong spending a weekend taking photos and eating your way around the independent cafes and restaurants.

Stockbridge isn’t the spot for those looking to party but there is a handful of pubs for a lazy afternoon pint or Saturday casual dinner with pals.

Sunday is a popular day to visit this idyllic area of Edinburgh as this is when the Stockbridge Market sets up.

Don’t be fooled by the iconic Stockbridge Market sign etched into the arch though, the market is held at Saunders Street just off the main street in Stockbridge.

Stockbridge is also known for its second-hand shops! The castoffs from its wealthy residents make for great vintage and second-hand outfits.

Visiting Stockbridge on a dry day is recommended so you can wander about this Edinburgh neighbourhood and admire or photograph its architecture stemming from the 1800s.

Stockbridge connects easily with the hip neighbourhood Leith and the historic Dean Village via everyone’s favourite urban escape, the Water of Leith Walkway.

Spending more than a day? Here are the best places to stay in Stockbridge.

Stockbridge is thought to have received its name for having the first stock bridge over the city.

It was a rural area of the city housing workers of the flour mills and tan pits.

In the 18th century, St Bernard’s Well by the Water of Leith was said to have healing properties, according to Lord Gardenstone, and this attracted city folks to Stockbridge.

He helped shape Stockbridge’s development by building Georgian houses on the likes of Dean Terrace and Ann Street, which was named after his wife, the wealthy Ann Lesley.

His portrait, The Skating Minister, is said to have influenced part of the Scottish Parliament building design! You can see this picture in the Scottish National Gallery on The Mound.

Dean Village is an Edinburgh World Heritage Site that lies just a 15-minute walk from the bustle of Princes Street.

This historic area was home to a number of mills owned by the Baxters. A trip to Dean Village is a step back in time.

Prominent features of Dean Village include Dean Bridge, designed by Thomas Telford, and Wells Court (1880s), which is the most photographed part of this cute area. 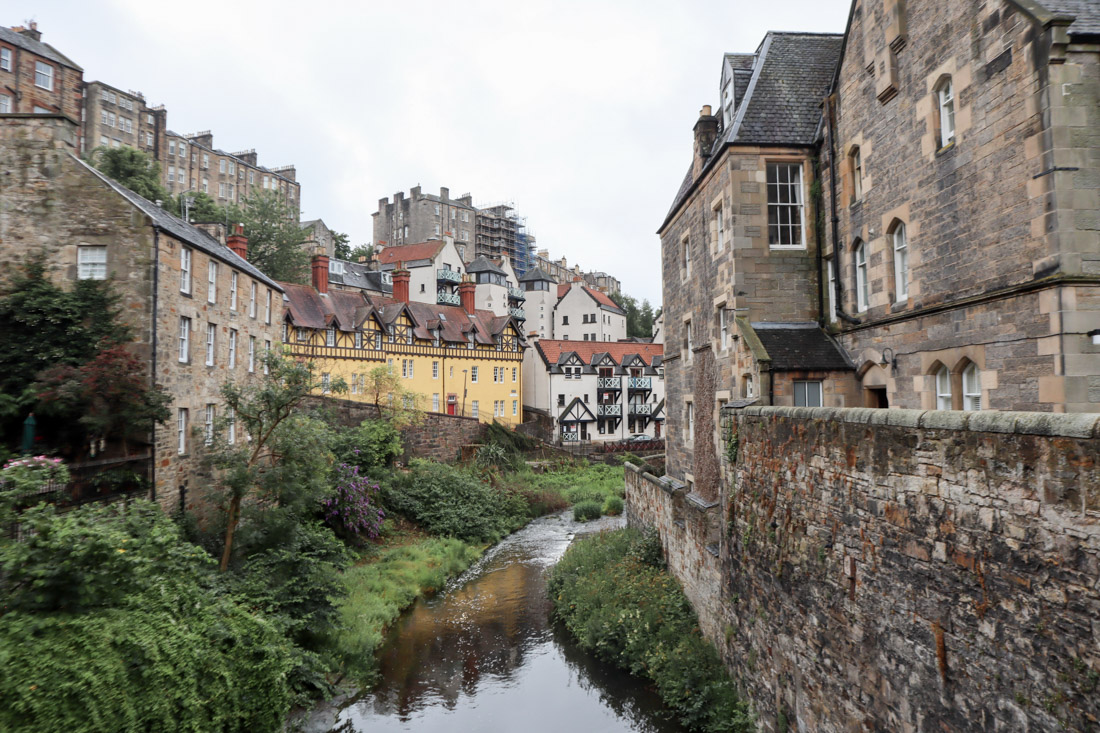 To get the perfect photo, walk along the cobbled street and turn back, here you will have St Stephen’s in the background.

Continue along the mews to NW Circus Place and onto Kerr Street.

To the left is where the Stockbridge Market sets up on Sundays. 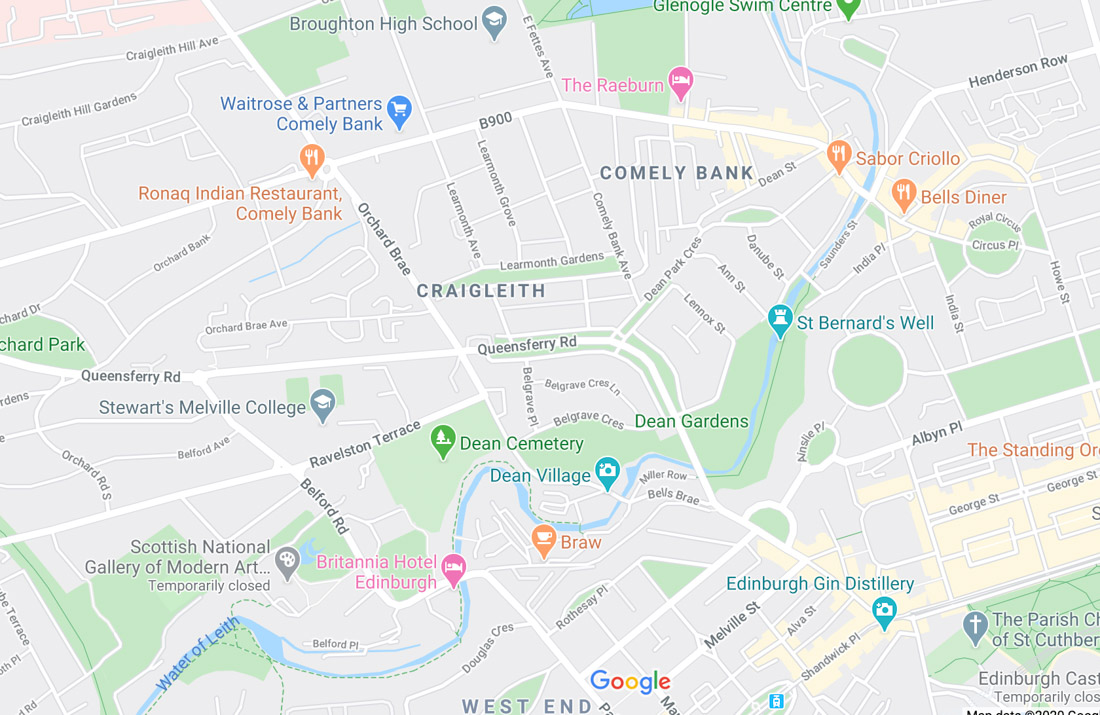 Walk over the bridge as the street turns into Deanhaugh. Look to the left for the strange man lurking in the Water of Leith and to the right for the historic clock on the tower.

Mooch about the shops, enjoy a coffee and grab some lunch.

Next, head back to the bridge and head down towards the Water of Leith and through Harry Potteresque stairs, The Dene.

Walk towards St Bernard’s Well and into the historic Dean Village. 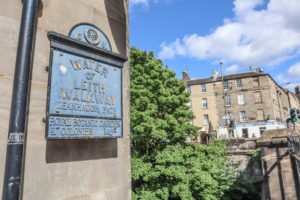 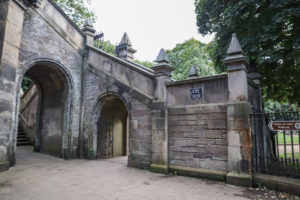 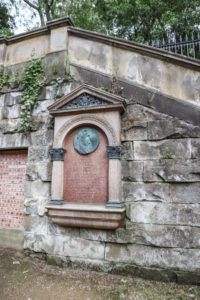 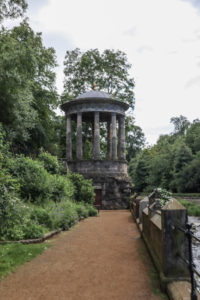 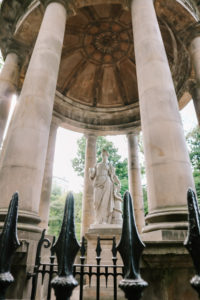 A number of Lothian Buses leave from the City Centre to Stockbridge, including the number 24, 29 and 42.

The journey takes around 10-15 minutes during off-peak times.

You can walk to Stockbridge from Princes Street down Howe Street.

The journey takes around 15-20 minutes.

Dean Village is only a 15 minute walk from Princes Street. 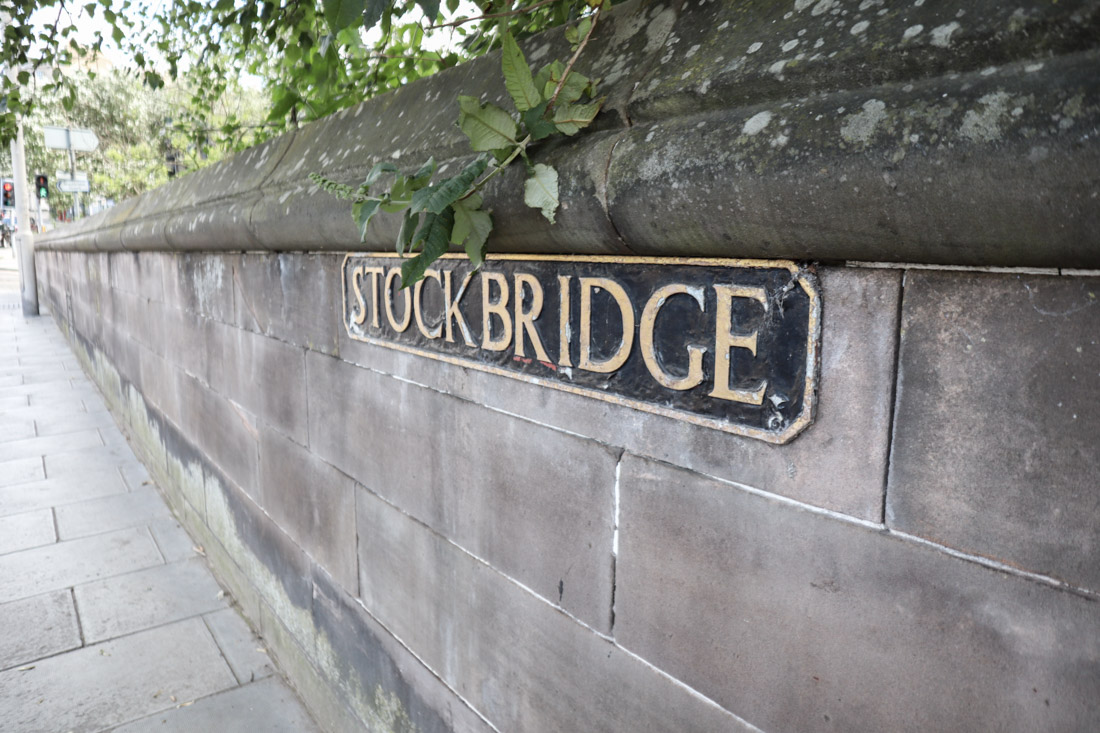 Click the titles or images below to find out about our favourite restaurants, pubs, things to do in Stockbridge and Dean Village and places to stay.

THINGS TO DO IN STOCKBRIDGE 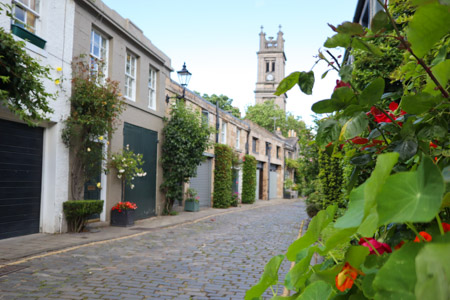 A GUIDE TO DEAN VILLAGE 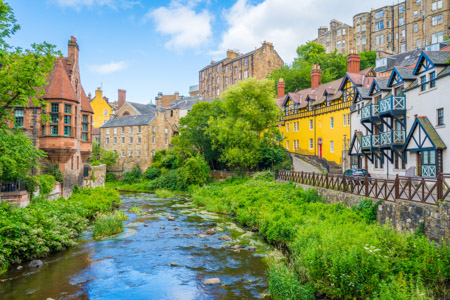 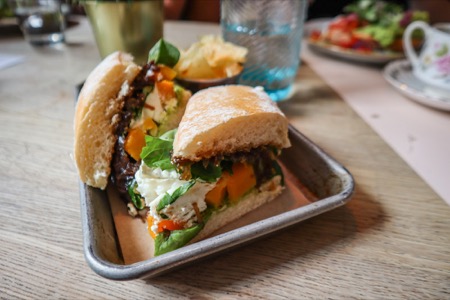 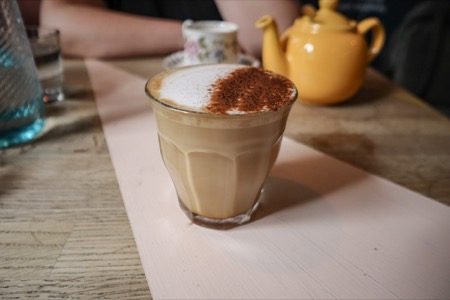 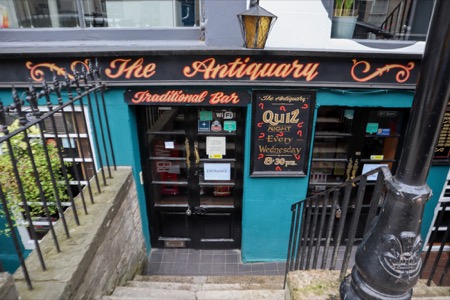 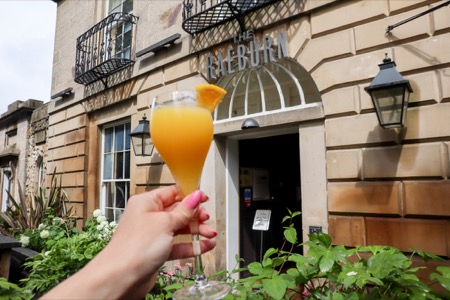 → Pin to your Edinburgh board to save for later ← 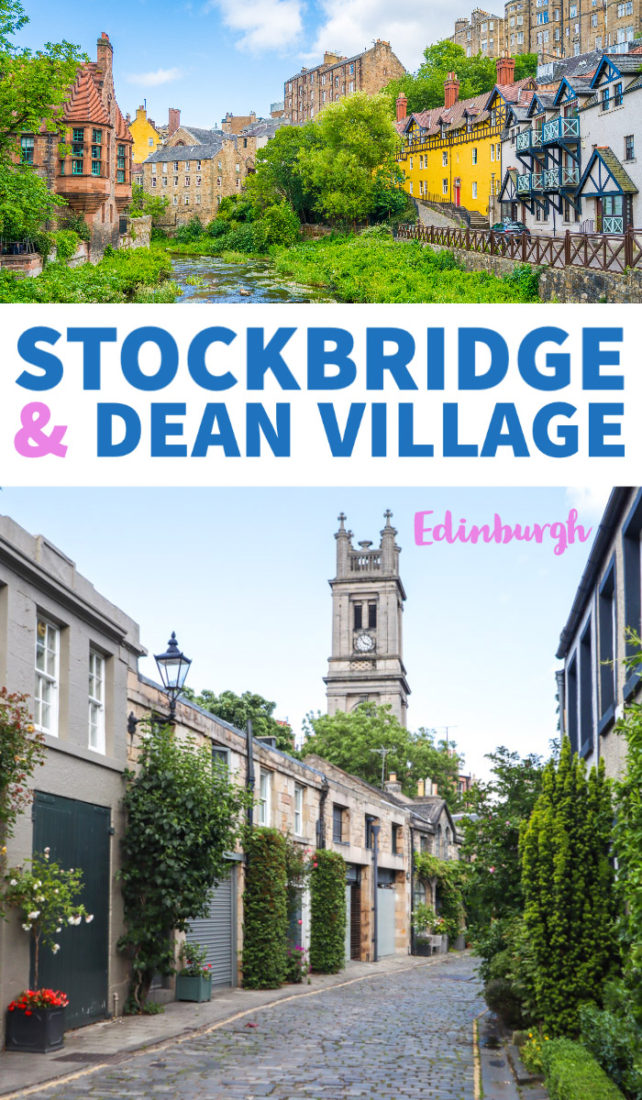